Spotted last week going up in Blackburn, North England and reported exclusively here yesterday Ramvision’s first iconic installation at Regional & Capital’s Blackburn Mall which now seems to be live, as shown in the pictures below… 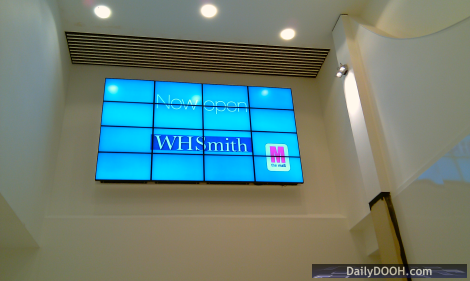 We understand that this 16 screen system is made up of Samsung UX series screens powered by YCD Multimedia’s MuVi Wall software.

That software choice is interesting – maybe it’s just because it’s a video wall (or more likely it’s because of YCD’s good support of 4K) because we understood that RAMVision had actually chosen Harris Broadcasting as their preferred software platform going forward. 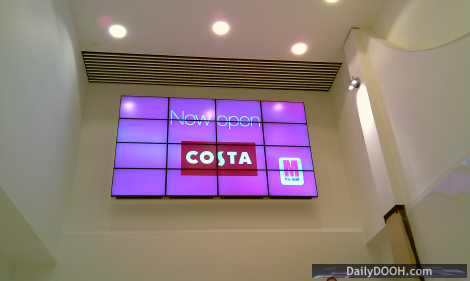 A source close to the installation company told us that this is most likely the first of a series of ten new Iconic screens going into Ramvision contracted Malls throughout the UK over the next few months. If that’s true then it would take their ‘Iconic network’ to 23.

The next Iconic screen is likely to be in the Birmingham BullRing we believe.

This entry was posted on Tuesday, July 27th, 2010 at 07:32 @355 and is filed under DailyDOOH Update. You can follow any responses to this entry through the RSS 2.0 feed. You can leave a response, or trackback from your own site.