Access360Media this week announced a ‘new executive team at its headquarters in New York’ but the press release itself was actually dangerously close to sounding more like shuffling deckchairs on the Titanic. 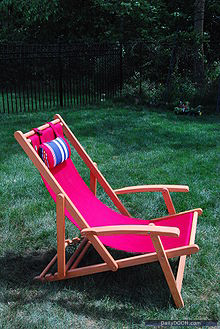 An example of a deckchair

There was a great piece in the actual press release which cheered us up no end on a Friday, we quote “Prior to Access 360’s acquisition of Arena Media Networks (AMN) in April of this year, Williams served as co-founder and CEO at AMN which he and Roberts built into the premier digital place-based media firm in the U.S” -ummm, not sure what their definition of ‘premier’ actually is but perhaps it has something to do with AMN going premier tango uniform?

Access360 claim that there networks are available nationwide on nearly 20,000 screens in approximately 100 locations, with the potential to reach more than 54 million viewers each month.

This entry was posted on Friday, July 30th, 2010 at 09:13 @426 and is filed under DailyDOOH Update. You can follow any responses to this entry through the RSS 2.0 feed. You can leave a response, or trackback from your own site.