Inlink [1], Australia’s leading office tower media company, has launched a new network of digital displays installed in the car park lifts and lobby areas of some of Australia’s most prestigious office buildings. 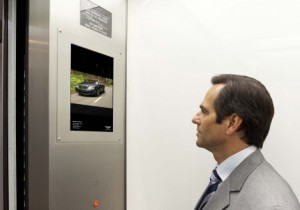 [2]The new network specifically targets C-level executives who are provided with a premium car space in towers such as MLC Centre Sydney, the Citigroup Centre, 530 Collins Street in Melbourne, Riverside Centre in Brisbane and Perth’s QV1 Tower.

Bentley Motors and the Financial Review have signed on to become the first companies to advertise on the new digital display network, which initially includes ten premium office tower locations in Sydney, Melbourne, Perth and Brisbane.

“The quality of the network is highlighted by our foundation partnership with Bentley Motors and the Financial Review, which reflects the target audience that the network will reach.”