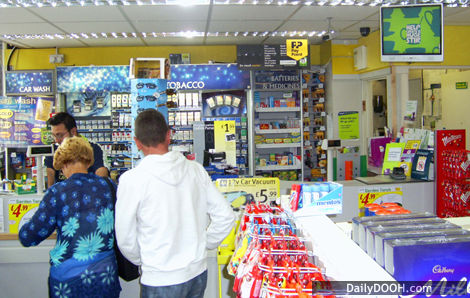 The digital screen network in quite a few independent UK petrol forecourts that was part of the (old) Big Media Group (unfortunately went into administration a few months back) is still up and running (good news) and is now we believe part of the Eurowide Media Group empire.

Media sales are being handled by the nice folks at Screen Media Sales, part of the Screen Media Group and they have ALL kindly donated air time for both the Macmillan Cancer Support teaser campaign (shown here, above and below) and the main campaign that starts first week of September.

We’ll be getting a lot more photos in from across the UK shortly.

This entry was posted on Thursday, August 21st, 2008 at 20:17 @887 and is filed under Scuttlebut. You can follow any responses to this entry through the RSS 2.0 feed. You can leave a response, or trackback from your own site.