I’m A Visionary, Not A Patent Troll

David Gothard, president of Activision.TV, talked to us at length late last night from Naples, Florida, where he wanted to emphasize that he’s a long, long way from being or having ever been a Patent Troll.

But he admits that his ‘feathers have been ruffled’ at being considered as such. 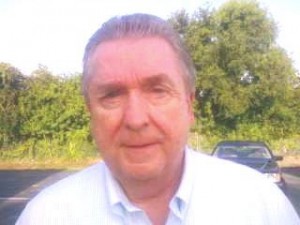 “Trolls buy up patents,” says Gothard. “I’ve been working for over 20 years and have spent millions of dollars in developing and getting my own patents – 11 years in getting them for Europe and Canada alone. I was originally in the sign business in the 1980s and I could see where the business was going. I’m a visionary. Technology was in evolution, and I was ahead of the pack.”

But we wondered why so many people seemed willing to suggest, when our story broke about the Minkus Electronic Display Systems patent suit against close to 40 defendants, that Gothard was behind it.

Here’s Gothard’s take on the situation…

Gothard fully expects that the industry defendants in the case will join together to fight Minkus EDS and “Minkus doesn’t have a prayer of winning,” he says. “It has no merit. And it probably didn’t include companies like Cisco as a defendant, because it wouldn’t want to go after companies with deep pockets and batteries of lawyers that would fight on for years. In cases like that, you choose your battle and go after low-hanging fruit.”

Gothard also claims that the Minkus case has absolutely no relationship with the case that Activision.TV itself filed in June against NEC Display Solutions of America, Richardson Electronics and TEK Panel.

“We have over 300 claims in our patents and have never filed a lawsuit before this for patent infringement, despite what you may have heard,” says Gothard, when asked about an alleged 2002 lawsuit. “But I’ve been writing patents since the 1980s, and I’m sure I have a red target on my back with many people.

“Sometimes people flagrantly violate, and this time, we had no choice but to file against these three companies on seven of these claims. And, in the same way that Patent Trolls gather investors, we’ve had people coming to me, offering to finance our lawsuit.”

We didn’t ask Gothard whether he considered these three defendants ‘low-hanging fruit’ – but we did get a feeling that, should Activision.TV win its case, and with 300-plus claims in its patents, it could set a precedent regarding a lot of others as well.

This entry was posted on Thursday, August 12th, 2010 at 08:20 @389 and is filed under DailyDOOH Update. You can follow any responses to this entry through the RSS 2.0 feed. You can leave a response, or trackback from your own site.