Perhaps DMX figure that they can win music business with one of Reflect’s three real customers; Target, Best Buy and Gamestop/Outernet because apart from that we cannot figure out why they would want to partner (or at least announce a partnership in such a public way) with Reflect Systems – a company which has lost a lot of employees of late and has allegedly been struggling for 18 months or so now. 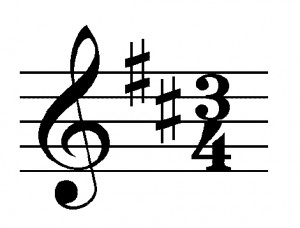 Reflect Systems doesn’t even have the best software support for music in a digital signage solution – we’d say that honour goes to EnQii’s EnGage [2] and / or YCD Multimedia [3].

The press release stated Reflect Systems [4], a leader (of course) in in-store digital media solutions, announced this week a strategic partnership with DMX [5], an international leader (of course) of experiential in-store and new media services (that will be music then), including music (oh), messaging, video and scent experiences!

Effective immediately we are told “this partnership offers retailers and other businesses a more dynamic suite of services to create brand differentiation and shape their customers’ in-store experience”. We all know perfectly well the need for music to be an integral part of any retail digital signage offering but we’d probably attach more importance to the press release if a deployment or customer had been announced at the same time.

Brian McKinley, vice president of marketing for DMX said “Reflect understands the value of an in-store strategy, in addition to having the technology to power it. They have a successful track record with some of the largest retailers in the U.S., who rely on Reflect’s solutions to manage their in-store media networks. This track record made them a very attractive partner to DMX.” which probably goes to show what little music companies actually know about digital signage!