Well, following the rumours that we’d been hearing about Toronto-based Vertigo Display Systems Inc., we were glad to have reports back from both Chris Bolton and Ralph Idems as well as a chance to chance to talk to Brad Gleeson, CEO, based in Portland and to learn some good news about an upcoming new product expected to be officially announced, we believe, later in October. 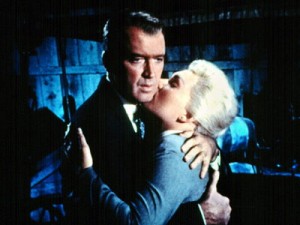 First a little background: Vertigo Group, originally a company started by Bolton and Idems and a third party investor went into receivership in October 2009 when its cash flow dried up “as a victim of the recession,” says Gleeson.

It was then bought by Chilin Technology of Taiwan, and Oregon-based TargetPath, the latter co-founded by two partners; Scott Hix and Gleeson.

“Chilin Display is the majority shareholder,” says Gleeson. “Bolton and Idems had agreed to stay on and they, along with TargetPath, are also shareholders. At the time of Chilin and TargetPath entering the scene, the company was restructured to become Vertigo Digital Displays Inc..

“We don’t have an operating entity in the U.S.,” says Gleeson. “We had an LLP which is being dissolved. I work out of Portland, Oregon, because my home is here, but I try to travel to the corporate headquarters in Toronto about once a month. As we have offices in the U.K., Amsterdam, China and the United Arab Emirates, with business development in San Diego and Tokyo, and with our partners’ offices as well, we meet in other places, too.” he explained.

Gleeson says that his trips to Toronto, where Vertigo has about a dozen employees working in manufacturing, design engineering and in the business office are to deal with strategy, operations efficiency, and staff.

Stressing his disappointment with the rumours circulating about the possible demise of Vertigo and that Bolton and Idems were leaving the company, Gleeson blamed the rumours on “competitors trying to cloud Vertigo’s progress”

We’re told that Bolton is returning to England but will remain a partner and will have a new title – likely something along the lines of chief design director – and will focus on conception and design of the global product rather than leading the engineers.

Idems also remains a shareholder as well as COO and general manager at the corporate headquarters in Toronto. Further on this in these comments from both Bolton and Idems following our recent article.

So with the rumours disputed what’s the good news?

Vertigo, in partnership with Chilin, is about to release the first fully co-developed product since the restructuring a year ago, and, from what Gleeson told us, it could be a significant advancement for the outdoor display and advertising market.

While detailed specifications are yet to be announced, here’s what we’ve learned so far:

While availability and pricing has not been disclosed, the people at Vertigo clearly believe this technology could be a game-changer for the Out-of-home market – IMHO there are plenty of designs like this around, so ‘game-changing’ may be a bit of a stretch but hey let’s wait and see when the product becomes real, Ed

Additional announcements are expected in October.

This entry was posted on Wednesday, September 22nd, 2010 at 07:59 @374 and is filed under DailyDOOH Update. You can follow any responses to this entry through the RSS 2.0 feed. You can leave a response, or trackback from your own site.

3 Responses to “Vertigo’s Right To Reply”