Here are the first pics… 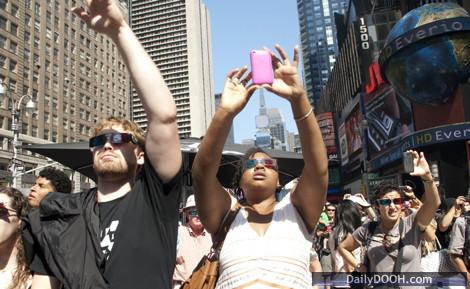 As you can see from the picture above, onlookers received special 3D eyewear to view this one-of-a-kind, visually stunning 3D spectacular. 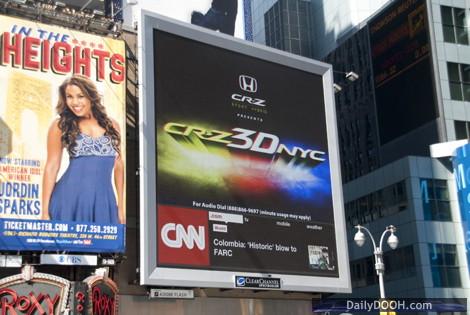 The SpectacolorHD board is situated at 47th Street and Broadway, at the “Crossroads of the World” next to Duffy Square.

This entry was posted on Thursday, September 23rd, 2010 at 23:12 @008 and is filed under Scuttlebut. You can follow any responses to this entry through the RSS 2.0 feed. You can leave a response, or trackback from your own site.