News reached us late Friday that the following lucky companies have, we believe, just been added to the Minkus lawsuit… 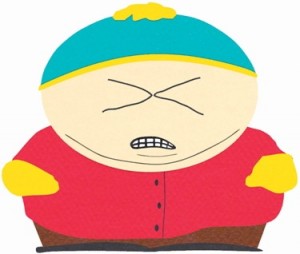 These are in addition to the original defendants listed previously.

The addition of those companies says one of two things to us: –

What’s strange is that we do not know of anyone who has actually been ‘served’ despite their attorneys attempting to communicate – you know, like somebody knocking on the door and handing them a letter? If anyone knows different let us know or preferably speak to Mr Stephen Nesbit.

This entry was posted on Saturday, September 25th, 2010 at 00:05 @045 and is filed under DailyDOOH Update. You can follow any responses to this entry through the RSS 2.0 feed. You can leave a response, or trackback from your own site.

One Response to “Cartman Says “Screw You””