At a conference in London this week, JCDecaux said its objective for the near future is to clean up its ad spaces and provide advertisers with prime positions to achieve maximum impact. 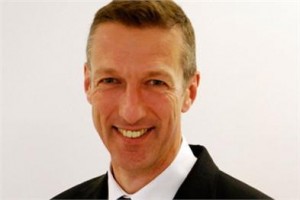 Steve Cox, Marketing Manager at JCDecaux told me “Our vision is to ensure that our sites optimise advertising effectiveness through appropriate placement, reducing clutter”.

JCDecaux commissioned in depth research to find out how mindset affects advertising recall. The findings showed that there is a close relationship between arousal and effectiveness. These are influenced by the environment where the ad is placed, and the dwell time and engagement the person experiences with it.

The research was carried out with 160 participants confronted by four different types of media environments: airports, shopping centres, underground stations and magazine reading at home.

Airports scored consistently highly for arousal, cognition and effectiveness, followed by in home/magazines, shopping centres and metro / underground. It also demonstrated that there is a clear link between arousal and engagement.

JCDecaux has around a 30 per cent share of the UK’s signage market, including static posters and digital signage. One of its most remarkable sites of course is London Heathrow Terminal 5. The company’s percentage of digital signage posters against traditional signs is 30 – 70, double the number of digital signage screens its competitors have, we are told,

Steve Cox told me that they are actually planning to clear out some of its signs to cut down visual noise.

This entry was posted on Friday, October 8th, 2010 at 08:04 @378 and is filed under DailyDOOH Update. You can follow any responses to this entry through the RSS 2.0 feed. You can leave a response, or trackback from your own site.