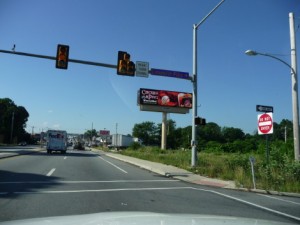 Joe Felici of Keystone Outdoor says that the digital billboards are attractive to advertisers including banks, restaurants, car dealerships, and other businesses.

Shelton, Connecticut-based CRG Advertising, installed two E-16mm bulletins in New Haven, Conn. The two billboards are on a ‘V’ structure on I-91 between exits 8 and 9. This eight-lane highway has a traffic count of 110,000 vehicles daily and is home to many corporate offices. The billboards have been live for less than 45 days and are well on their way to being fully occupied. Advertisers include a concert promoter, restaurants, banks, retailers, auto dealers, hotels and beverage companies. 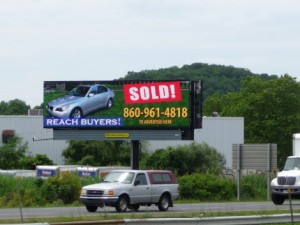 One of Watchfire’s original customers, Land Displays now has five Watchfire digital billboards with the addition of a new 19mm board on Route 422 in Reading, Pa. Located in Berks County, a market of 400,000, the board is situated on the second busiest road in the county. .

And Outdoor Income Partners, Lancaster, Pa., was one of the first to install a digital billboard in Atlantic City, NJ. The 19mm bulletin size billboard is located at the foot of Atlantic City Expressway at Georgia Avenue. This is a high traffic area at the entrance to Atlantic City casinos and the famous boardwalk.

Richard Grieves, of Outdoor Income Partners hopes to build a nationwide digital network that will provide advertisers the ability to display messages in multiple markets

With its True-16mm, True-19mm and new E-16mm, Watchfire has an entire line of digital billboard products. Watchfire management says that its billboards have the deepest color palette in the industry and utilize state-of-the-art whole sign color calibration. It claims to be the only manufacturer that fully encapsulates its LED module in a thick bed of silicone gel, enabling the modules to operate indefinitely even in the harshest conditions. All Watchfire boards feature lightweight extruded aluminum cabinetry that complies with IBC 2006 standards and allows for low cost, fast installation and streamlined maintenance. The company says that its warranty, lead-times, customer support, and software are considered to be the best in the industry.

The company is the digital billboard division of Watchfire by Time-O-Matic, which has been manufacturing outdoor electric signs for more than 75 years, LED signs for more 10 years, and has more than 30,000 outdoor LED signs in daily operation throughout North America. While Watchfire Digital Outdoor is located in Danville, its marketing and sales operations in Indianapolis.

This entry was posted on Thursday, October 14th, 2010 at 10:18 @471 and is filed under Scuttlebut. You can follow any responses to this entry through the RSS 2.0 feed. You can leave a response, or trackback from your own site.