My team and I were surprised at the number of vendors in the software sector who did not attend the excellent 4th OVAB Europe Digital Signage Conference – this after all is pretty much an event for them and they are supposed to be part of the industry. 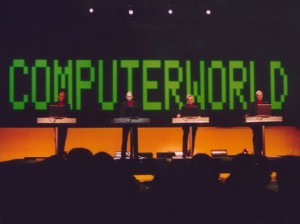 As a presenter there’s nothing better I feel than being able to shout out to folks in the audience (and get them involved) when doing your own presentation. During my wrap-up I of course made mention of many software vendors but I could only do actual shout outs to BroadSign, Harris and signagelive who were the only ones in our #DSTop10 or of note who were there (I have subsequently been told that at least 4 people from Cisco had registered for the conference and were in attendance).

Having said that it was great to see the people from Mermaid at the conference – the guys collared me and took me to task over a couple of things we had written and not written: “do you know how big we are?” and “I can’t tell you officially but watch out for …” are worth their weight in gold and we’d like to think that 10 minutes face to face with us is worth attending a conference like this for on its own.

For all those vendors who email us and ask “how can we get in your #DSTop10?” – attending the best events, sharing your wisdom, having genuine visibility in the industry and talking to us and others is a damn good place to start.

We appreciate that travel, conference and event budgets are not infinite but we do try to help by pointing out and highlighting the events that are good and those that are bad and usually we are pretty much spot on. Our Travelogue gives you some indication of what we like and where we will be.

Nota bene: we are starting to pull together our 2011 Travelogue which you can see here.

So from a software vendor perspective here are our Heroes and Zeroes: –

DiSCO is the next conference being arranged by the dynamic duo the day before #ISEUROPE in Amsterdam on January 31st and we hope for a better turnout.

This entry was posted on Friday, October 22nd, 2010 at 07:09 @339 and is filed under DailyDOOH Update. You can follow any responses to this entry through the RSS 2.0 feed. You can leave a response, or trackback from your own site.