The new Scala QuickStart working with HP SignagePlayers – officially announced Nov. 8 and rolling out to the US, UK, Canada and Netherlands December 6 – is we are told the easiest way for entry into the digital signage market yet. 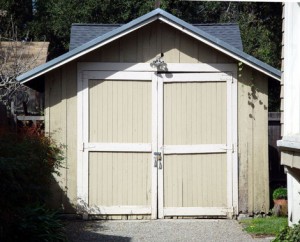 No IT, no URLs to remember, no mouse or keypad is needed. It’s simply a one-time ‘put in a code’ and away you go. You’ll be up and running in minutes. And with built-in templates for content and the ability to use touch screen, QR codes, 3D – well, what more do you want!

With two SignagePlayers, this marks HP’s first entry into digital signage, but it won’t be its last, and Scala has a long- term blanket agreement to support future offerings as well. (We’ve heard HP has a roadmap of digital signage projects lined up.)

Scala was chosen by HP after an evaluation of various companies in the market, and it is handling all the implementation, set-up, monitoring, updates, backups, hardware maintenance and system recovery. This includes multi-language support.

“And people will feel secure because HP is their security blanket,” says Jeff Porter, executive vice-president at Scala’s head office in Philadelphia.

Scala’s new and innovative ‘zero-configuration’ scheme allows entry-level users a way to set up and manage a Scala digital signage network with ease. And should the user’s needs become more sophisticated, they can upgrade to the full Scala Content Manager platform using the same HP signage without any loss of data, content or customizations.

“Never before has setting up a full-featured digital signage player been this easy,” says Gerard Bucas, Scala’s CEO. “We believe we have achieved a significant breakthrough for the industry.”

The HP SignagePlayer/Scala Quickstart solution features a locked-down Microsoft Windows Embedded operating system and a preconfigured Scala Player for outstanding performance and reliability. Displaying videos, pictures, crawls, interactive Adobe Flash, and ScalaScripts with dynamic text or graphics in any combination up to 1080p allows the system to be used in a wide range of applications. The HP SignagePlayers can also be easily connected to any Scala Content Manager anywhere in the world.

“This marks the first time that Scala is supporting a product sold through distribution,” says Porter. “Our own resellers know the system and, while HP resellers are new to this, we’re sure that they will want to get on board quickly.”

Target audience is broad, including corporate reception areas, educational institutions, independent retailers – in short, almost anywhere. It will be eventually rolled out globally.

“This is a landmark product putting weight behind the industry,” says Porter. “You gotta love it!”

This entry was posted on Tuesday, November 9th, 2010 at 10:02 @460 and is filed under DailyDOOH Update. You can follow any responses to this entry through the RSS 2.0 feed. You can leave a response, or trackback from your own site.