Many companies in our sector would love to have annual revenues of GBP 7M but because of revenues DECLINING to such a low number it seems that CAN Media have had to take drastic action. Phil Austin, CAN Media, CEO told us exclusively this morning “Yes even the great CAN Media are feeling the pinch” 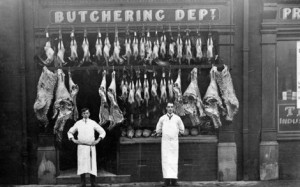 He added “Our community revenue is down by around four million pounds on 2009 with reduction in other revenues reducing our overall group revenue from GBP 12.8 million to an anticipated GBP 7.1m for 2010”

The UK Government’s recent drastic cost-cutting must have had an affect, reducing advertising spending and killing many a Quango.

Phil added “Our company has made the decision to change the way in which we manage our overall operations as such we will be reducing our staffing levels by around 40%”.

Two high profile casualties that we know of are; Mike Darcy, COO and Chris Stanley who was pretty much the mastermind behind the incredible Scala/ICMS integration. Mike Darcy, a well liked and well respected industry veteran, joined CAN Media back in early 2009 from Hughes Network Systems Europe.

We understand that their school’s network continues to expand as does its Shopping Mall operations which launched in conjunction with the Mall Corporation earlier this year.

CAN Media also has a ‘Prison Network’ which is is expanding rapidly and the company tells us it will announce major new initiatives early next year in that sector.

This entry was posted on Monday, November 29th, 2010 at 12:55 @580 and is filed under DailyDOOH Update. You can follow any responses to this entry through the RSS 2.0 feed. You can leave a response, or trackback from your own site.