Oh, dear! We don’t know exactly what’s happening at Magenta Research [1] these days but the mood in both the Montreal and New Milford, Connecticut, offices is not good. Judging by what we’ve heard we definitely get the feeling that it’s a case of ‘keep your head down and don’t disagree with the boss.’ 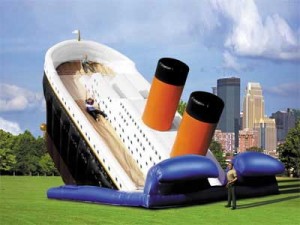 [2]We learned today that three more people in Connecticut – or should we say Connecti-Cut, Ed – have unfortunately lost their jobs.

That’s on top of the cuts on Monday of Eileen Preston, the talented marketing manager who also handled public relations, website, trade show booths, etc., and Kamran Ahmed [3], Magenta’s director of international sales and senior technology advisor, who had been based out of the Montreal office. And we’re not forgetting, of course, Bob Michaels, the former CEO who was out the door a few weeks ago [4].

Ahmed was a great proponent of the technological advances that were putting Magenta Research, he said, “two or three years ahead of the competition” when we talked in late October [5] and we know that the company has been successful with major clients worldwide. But we can’t help but wonder how all these quick cuts might be affecting Magenta’s credibility.

With Keith Mortensen, founder and former CEO of Magenta Research, back at the helm of the company he originally founded and sold to Nortek [6], it appears that everybody is trying to keep under the radar at both offices and not rock the boat. Someone mentioned to us one time that when you have a successful company, it’s like a big ship, and if you’re making changes, you do it slowly and make a big, gradual turn. That doesn’t appear to be Mortensen’s style: he apparently likes the hairpin turns of Formula 1.

We’ve heard Mortensen described by various people in the industry as a “really tech-minded guy” to “a cowboy” all the way to “an analog head in a digital world.” And we’re not sure whether the Nortek Board of Directors went after Mortensen to bring him back or whether Mortensen just couldn’t stay away from the company he left in May, 2009, and wriggled his way back in – we suspect the latter. So it will be interesting to see whether he’ll get credit for making the company an even bigger success or…?

In the meantime, we understand there’s a lot of uncertainty brewing in both offices, wondering whether more heads are due to roll. Not a nice feeling, to be sure.

Kamran is a highly talented individual, a shame to see him leave.