CRI Bring You ‘A Christmas Carol’

It gave us no pleasure to write last week about ‘The Mass Cull At CRI (UK)‘ yet as more details come to light it seems we have to re-visit the subject yet again.

The ‘90%’ figure quoted in the post, i.e. those who were unceremoniously dumped was fairly accurate especially as it seems that only two people are left at CRI in the UK. All those who were let go were based in Coventry.

After CRI’s first disastrous foray (albeit under previous CRI ownership) that was known as FabianMikeDidNotLast12MonthsNorWinAnyBusiness in the UK / Europe, CRI (in the UK at least) managed to build up a team of around 7 based mainly around Roger Saunt’s old company, Digital Presence Solutions Ltd which went into liquidation in February 2010. 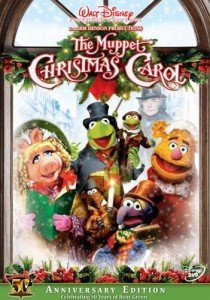 Darkness is cheap, and Scrooge liked it

Roger subsequently joined CRI in April of the same year and in what was a very short lived career move, most of his staff moved with him to join CRI. Roger of course subsequently jumped geographical ships and moved to New Jersey to be CTO at CRI where he now resides.

What Roger’s ex-staff make of one company liquidation and now redundancy in one calendar year is not clear but I bet they are far from happy. CRI also seems to have (a) not given the UK / Europe enough time to try and win business and (b) taken the easiest and cheapest option on who to make redundant.

CRI’s CEO Paul Price’s best mate Valli Lakshmanan was brought over from Singapore as Managing Director [Europe] at Creative Realities, Inc. only in September with the remit to find and win new business.

He either didn’t do very well, didn’t try very hard or wasn’t given enough time as it seems only 3 months later the decision was made to axe all those who actually did any work and had any skills.

Only Valli and the Operations Director remain in London – the powers to be in the US seemingly keeping the most expensive ‘resources’ and axing the cheapest.

This entry was posted on Tuesday, December 7th, 2010 at 08:47 @408 and is filed under DailyDOOH Update. You can follow any responses to this entry through the RSS 2.0 feed. You can leave a response, or trackback from your own site.

One Response to “CRI Bring You ‘A Christmas Carol’”