Readers should expect formal news of a takeover / merger in Denmark very very soon and no it’s not Mermaid – see our 3rd December 2010 story ‘Mermaid For Sale’ here although Mermaid are involved (they are in fact, the ‘acquirer’). 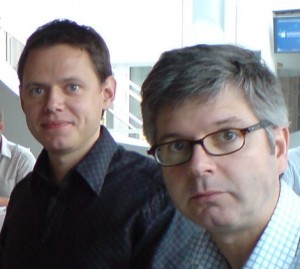 Headline.TV consist of the early ‘original’ Scala development team from Norway, a pretty good CMS software platform and with their Scandinavian / Central European partner network of customers (includes the likes of O2 Germany and Norwegian cruise line Colorline) Mermaid will end up with a good little business with approximately 3,000 licenses out there.

Whilst we understand that Headline.TV was bought with (Mermaid) stock – we estimate that takeover sum to be worth about 4,5 million DKK (i.e. approximately 550.000 Euros) and we believe that the investment company CEMB (an original investor of Headline.TV we think) bought a 14% share in Mermaid as part of the deal as well.

Undoubtedly Headline.TV Norway will continue from its base in Oslo and Mermaid´s (old) Norwegian activities will be run from Headline.TV.

This is a nice win-win. The deal can only strengthen Mermaid’s position, they gain access to new markets in Switzerland, Austria and Germany and will be able to revitalise themselves in Norway too (their original Norwegian subsidiary produced very few, if any customers).

This entry was posted on Wednesday, January 5th, 2011 at 16:14 @718 and is filed under DailyDOOH Update. You can follow any responses to this entry through the RSS 2.0 feed. You can leave a response, or trackback from your own site.