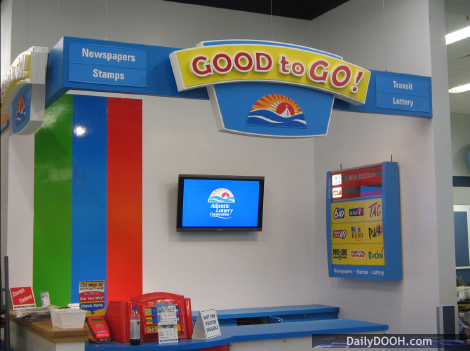 Atlantic Lottery Corporation, which operates more than 3,000 retail locations in Canada’s four eastern provinces, has partnered with London, Ont.-based EK3 Technologies Inc. a leader in in-store digital merchandising, for a new digital merchandising program – believed to be the first of its kind in the North American gaming industry.

The new digital screens are designed to communicate responsible gambling practices and ALC’s ongoing support of its Atlantic Canadian communities.

ALC tested the program with 29 screens before launching the roll-out, now underway, to an as yet unknown number of the retail locales.

The online and point-of-sale program for ALC features information about promotions, game launches, and highlights jackpots and local winners to build excitement about the ALC brand. While other Lotteries such as Loto-Quebec have digital screens which let the ticket-holders know if they won, content on the ALC screens is much more detailed. Since all of ALC’s profits go back to Atlantic Canadian communities through their provincial governments, the corporation wants to make people aware of exactly how various communities benefit. 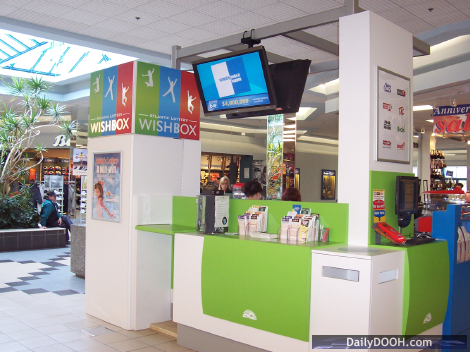 While ALC’s own promotions will run on the screens, at this time advertising by others isn’t likely.

EK3 is using its industry-leading Smart Store Narrowcasting Solutions and knowledge of in-store merchandising to help ALC (and other clients) engage consumers with meaningful and informative content. Narrowcasting uses a
company’s sales transaction data and other factors to reach customers at the point of sale, delivering the right messages at the right time to help influence buying decisions and build customer loyalty.

In the 29 location pilot test, EK3 used 19-inch LCD screens positioned near lottery terminals to display messaging, but different configurations of the screens are expected in the full rollout depending on their placement.

During the pilot, research indicated that 39% of customers learned something new about ALC and sales increased. Digital in-store messaging to ALC
players also reduced perceived wait times at the point-of-purchase while entertaining and informing them.

EK3 In-Store Digital Merchandising Solutions are also used in thousands of locations including Wal-Mart Canada stores, Tim Hortons coffee shops, the U.S. Home Depot Fuel stores and other major brands across the U.S. and Canada. The company is managing an install base that will generate over 175 million views per month by the end of 2008.