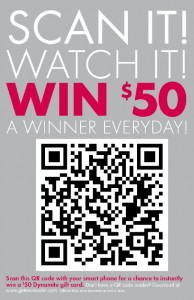 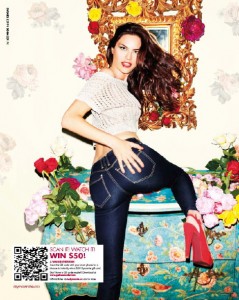 [4]In addition to using a QR code for the contest, a ‘360’ campaign was developed using it for all types of media: on the Internet via the Dynamite website and Facebook [5], in print in Loulou [6] and Flare [7] magazines, as well as in the window displays of the company’s more than 95 boutiques across Canada.