While the Toronto District School Board [1] seems to have rejected the idea of continuing and expanding the four-school pilot project which has been installed and managed by Onestop Media Group [2], Michael Girgis, Onestop president, still has hopes that an arrangement can be made. 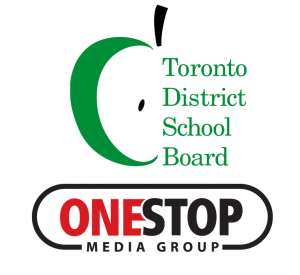 [3]“We had positive reactions from both the parents and eight wards that have really jumped on the project as a worthwhile experience for the schools and the students,” says Girgis. “They liked it. It gives the students experience in working with new media since they provide the main content. The schools and the student body can also use it to support money-making projects of their own, such as, for example, class bake sales or yearbook sales. And, of course, the schools share in any advertising revenue.”

We asked Girgis to give us an idea of the type of advertising that he could foresee on schools’ screens that would make it worthwhile for Onestop financially, as well. Obviously, it wouldn’t be advertising for chocolate bars.

“The screens are ideal for government departments to run anti-smoking and anti-drug use messages and various health-related messages,” he says. “The Milk Marketing Board could talk about the nutrients in milk and their positive effect on the body. There are many opportunities to reach students with positive messages.”

The TDSB will be meeting again in April and Girgis is hoping that the tide will turn in Onestop’s favour. As Dmitry Sokolov, DailyDOOH contributor, mentioned in his earlier article [4], it’s sad to see Onestop ‘hit a roadblock’ in what seems to be a project supported with such enthusiasm by so many and offering so many advantages. As he pointed out, Onestop has been known for its involvement and willingness to support many arts, public service and other city initiatives though its networks, and with ‘screens that genuinely add value for the environments they operate in’.

This seems to be amother similar case in point.