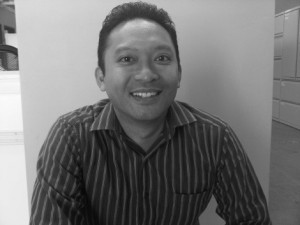 “The cinema advertising market has been very receptive to Spotlight since its launch last year,” says Jerry Rakfeldt, president.

“Given this success, we felt that this was the right time to launch an Exhibitor Relations Department and bring aboard Ycong, one of the most experienced exhibitor relations executives in the U.S. who will lead the development of key niches to drive our
growth.”

Prior to joining Spotlight, Ycong was director of exhibitor relations at Screenvision where he was charged with maintaining and growing its exhibitor network. He has been in the theatrical business for 19 years and has held positions at Fandango, National Cinema Network, and Mann Theatres.

A major cinema advertising organization focusing on niche audiences within the greater cinema space, Spotlight represents more than 35 exhibitors in the US by providing a unique advertising program well-suited for the desirable adult audience. It is located in Santa Monica, California with offices in New York and Chicago.

This entry was posted on Saturday, March 26th, 2011 at 10:00 @458 and is filed under DailyDOOH Update. You can follow any responses to this entry through the RSS 2.0 feed. You can leave a response, or trackback from your own site.