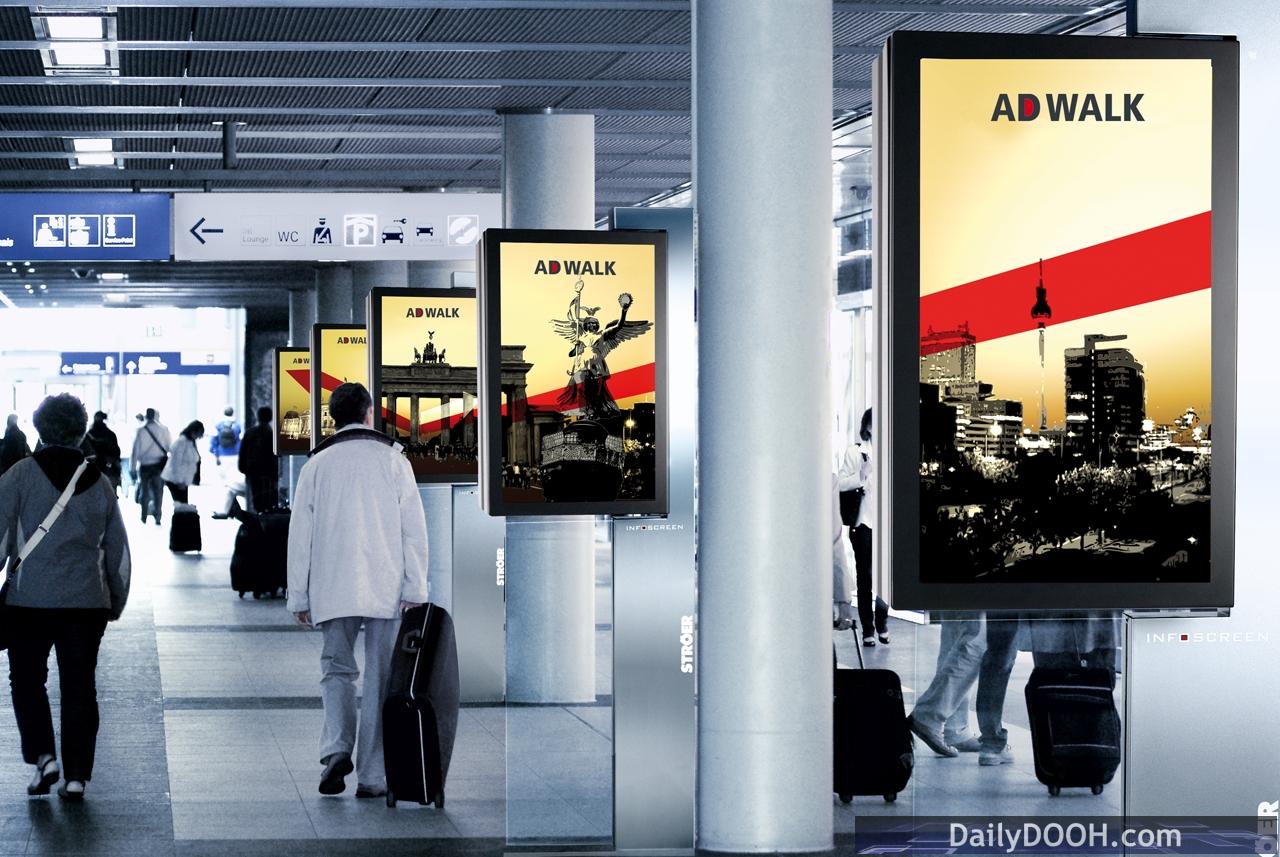 I came across this attractive display system at Berlin Hauptbahnhof (Central Station) recently. The system consists of 5 screens in a row which are mounted on their own stands next to the building’s columns. They can be programmed to display the same image on all screens (screen size is 768 x 1 360 pixels) at the same time, or co-ordinated so that the ad spans the entire area (3 840 x 1 360 pixels), joining the individual screens in space and time.

Logically called AD WALK, since you get the full effect while walking past, the system is intelligently located at head height and the images are clear, bright and very legible. It was installed by INFOSCREEN in August 2007, but judging by the self-advertising, they would appear to be struggling to convince conservative German advertisers to get on board. The programming is made up of loops of 3 minutes consisting of 6 X 30 seconds ads per set of 5 screens. The screens are in operation from 5.30 a.m. to 10.30 p.m. for a total of 17 hours a day, giving a frequency of 2 380 showings per week for a price of €2 800. 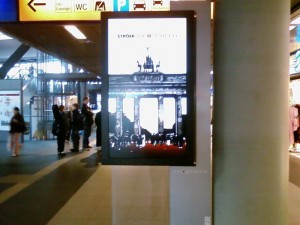 No mistake, this is Berlin

Berlin Central Station is the largest and most modern rail interchange in Europe, with some 1,100 local, regional and international train services for 300,000 visitors daily. The AD WALK rows are situated in the shopping passage on the ground floor, where there are 80 exclusive shops and bistros open from 8 a.m. to 10 p.m. and they have been positioned in both directions (departures & arrivals). The company also operates a similar system at Düsseldorf Airport. 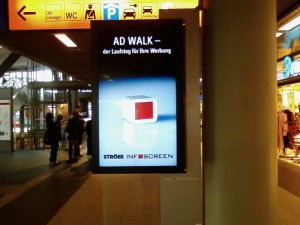 INFOSCREEN was founded in Nuremberg in 1991, with the aim of bridging waiting times on train platforms with advertising and editorial content and offering passengers welcome entertainment, and became part of the Ströer Group in 2004.

They now operate in 19 major German cities, with a total of 218 of their larger Station-INFOSCREENs on subway and suburban train platforms and 15 Central-INFOSCREENs in the waiting areas of the most important main train stations in Germany.

This entry was posted on Monday, October 20th, 2008 at 00:33 @064 and is filed under DailyDOOH Update. You can follow any responses to this entry through the RSS 2.0 feed. You can leave a response, or trackback from your own site.