IGP Decaux and Dooh.it organised a creative contest in Italy, to see which media creative people could come up with the best content for a five second OOH ad, on a portrait format. The ‘Cinquesecondi’ (five seconds) competition received 130 HD videos  from all over Europe and was judge by ADCI (Art Directors Club Italiano). 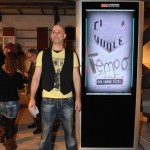 The results were released at the end of March, showing talent worth watching out for. Coming in top position was Slovenian Marko Zerjal, followed Alessandro Marzola, Laura Agostinelli and Nivi Jasa all from Italy. The winner clips will now be part of the library of filler ads for the IGP Subway network of  46 x 55inches LCD screens. The creators will be able to see their names ‘in lights’ through out 2011 on around 60 screens on the subway. 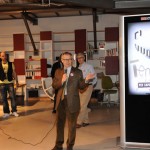 You can have a taste of all their works on the  Vimeo account of Dooh.it.

I like the simple (or banal) work of Vito Mecca and I found Maria Mennea “Have you got a second?” video – very funny and quintessentially Italian- although these people didn’t win.

Have you got a favourite?

This entry was posted on Friday, April 22nd, 2011 at 10:00 @458 and is filed under DailyDOOH Update. You can follow any responses to this entry through the RSS 2.0 feed. You can leave a response, or trackback from your own site.