Youngster’s Rugby Get A Closer Look

The HSBC Rosslyn Park National Schools Sevens, a rugby tournament with some 7,000 boys and girls aged 13 – 19 competing annually, brought its spectators closer to the action by using a large LED screen shown below… 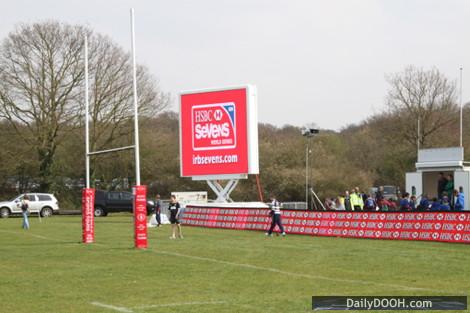 The tournament, which  kicked-off on 28th March 2011 at Wimbledon Common, rented an LED P10SMD screen, measuring some 23sq metres from Maritime Media Services.

This entry was posted on Friday, April 8th, 2011 at 08:23 @391 and is filed under Scuttlebut. You can follow any responses to this entry through the RSS 2.0 feed. You can leave a response, or trackback from your own site.