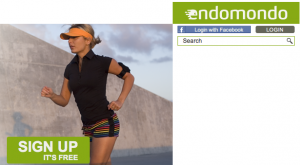 ANT+ showcased a prototype of the Endomondo app at the Texas Instruments stand during Mobile World Congress in February 2011. The demonstration showcased the data taken from a person riding a bike, and featured bike speed, bike cadence, and heart rate.

“With support for ANT+ sensors, athletes have an easy way to collect data and track their performance in the Endomondo app,” said Mette Lykke, co-founder, Endomondo. “The combination of ANT’s innovative wireless technologies and the advancement in smartphones builds upon our goal with Endomondo to make fitness more motivating, social and fun.”

This entry was posted on Monday, April 11th, 2011 at 10:00 @458 and is filed under Scuttlebut. You can follow any responses to this entry through the RSS 2.0 feed. You can leave a response, or trackback from your own site.