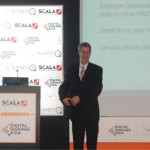 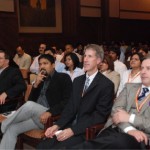 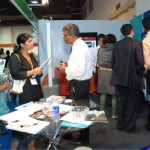 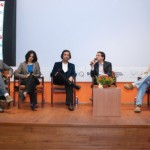 The event was kicked off on 3rd October with Ashich Pherwani of Ernst & Young talking about the survey that they have undertaken to map an overview of the industry in India. The survey is near completion and the results are expected in the next couple of months. Some of the notable speakers of the event were Paul Vitali of The Life Channel, UK who spoke about how important it is to source one’s revenue before setting out to start a network and Jeff Porter from Scala who spoke about the different technologies that exist for various in-store and OOH networks.

The biggest discussion was the issue with metrics for the industry. The panel discussion moderated by Deepak Jayaram of Group M, dominated the post-lunch session on the second day. The topic being discussed was of metrics and its importance in the industry.

All the players were in accord with the fact that common metric needs to be developed in order to effectively market the medium to brands and agencies. The lack of awareness among brands and lack of participation in selling the medium by agencies was heavily debated with Vishakha Singh of Future Media noting that very few agencies and brands were present at the event – now that is a surprise, Ed

The audience jumped in to the discussion with a number of questions and concerns about the health of the industry sector being raised.

The big surprise of the afternoon was Sam Balsara of Madison World who walked in and after about ten minutes posed a remarkable question, “Why is a nascent medium like digital signage worried about metrics when a huge and established industry like out-of-home does not have any measurement system in place even after all these years?”

He drove his point home by remarking that everybody will have different views about the medium and trying to arrive at measurement in the stage would only get in the way of helping the medium to grow.

He cited an example of how the medium is just one among the many available for a brand marketer today. He said that he finds his daughters to be the most beautiful girls in the world. But if he went out into the world, there will be other fathers with the same opinion.

This translates into how if he was digital signage and the other fathers were other media options, the choice that marketers have are aplenty and each option has its own virtues. It is up to the players in the medium to market themselves to the brand effectively, thus ensuring that digital signage finds its place in a media planner’s chart.

The event was sponsored by Scala Broadcast Multimedia, and Vu Display was associate sponsors.

The Expo was a total failure. They were in all about 10 exhibitors. MOst of the speakers barring a few had no experience or very little in the Digital Signage Field.

Some of the participants listed on the website were not even present at the expo (E g : LG ).

My guess is that this will be the last Digital Signage Expo for a while due to lack of attendance and interest.