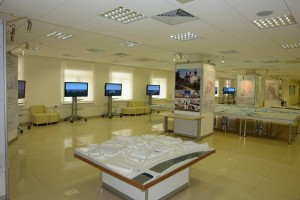 The One Window project, begun in 2008 and slated for completion in 2012, encompasses Moscow’s 10 administrative regions (okrugs). Currently, five service centers are being added to the initiative, and dozens of screens are being installed in each center. Granit Center serves as prime contractor and integrator for networking services, IP telephony, and contact center, among others.  Avilex, a provider of audio visual integration solutions, is Granit’s partner for the digital signage, audio-visual and queuing systems.

“One Window is a huge and complicated project,” said Granit Center’s Deputy Director Anton Buslov. “We have to provide many types of information to various locations, from one point, and C-nario Messenger helps us get the job done.”

“The digital signage networks turn Moscow’s service centers into an information space, helping the authorities to serve citizens and the business community better and in a more efficient manner,” said Tamir Ginat, C-nario’s CEO. “It changes the concept of public service and makes the time a citizen spends in the public centers more efficient and pleasant.” 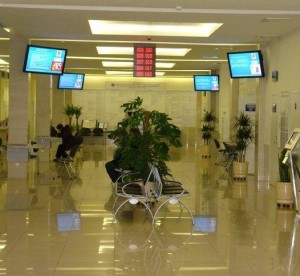 The screens, provided by Mitsubishi Electric, display a wide range of information related to various municipal and regional services and processes, such as real estate issues; provision of various documents; public hearings and seminars. In addition, the digital signage network is connected to other systems, such as queuing systems, improving the efficiency of on-site assistance and preventing time waste. The digital signage networks also display entertaining video, to reduce the perceived waiting time.