If I had to pick out one single panel or presentation at last Thursday’s MediaPost DOOH Forum that was the best, I’d be hard pressed to do so. 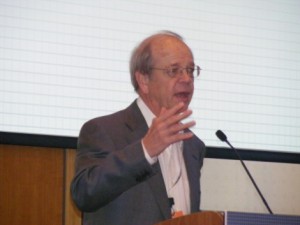 There wasn’t a single one that bored me, and that’s really admitting something considering the number of presentations I’ve heard through the years, in addition to the facts that it was a very long day and that I hate panel presentations in general.

In fact, at the time of day – 4 p.m. – when I generally need a sugar fix to keep me going before my true nighthawk personality takes over, a great panel showed us some of the stuff coming out of labs on augmented reality and other developments that really propped me up. (Of course, it also may have been the brownies on the snack table!).

That was followed by presentations by three agency veterans showing us their ‘I wish I thought of that digital OOH idea!’ that showed off just what smart companies are coming up with to wow customers, build awareness and increase sales.

The MediaPost presentations were crisp, kept pretty much to their scheduled time, and had really knowledgeable speakers without one single one ‘selling’ his product offering, as so often happens. This was a group of individuals who put their expertise out there to discuss what’s really happening in the industry, what is needed to solve any hitches that are holding the industry back, and generally to bring the audience – a general mix of agencies, advertisers, vendors, network operators and aggregators – up to speed on new developments.

In fact, I think the only topic that got almost no attention was costs. And the one thing that several speakers called for was more involvement by the creative sector. 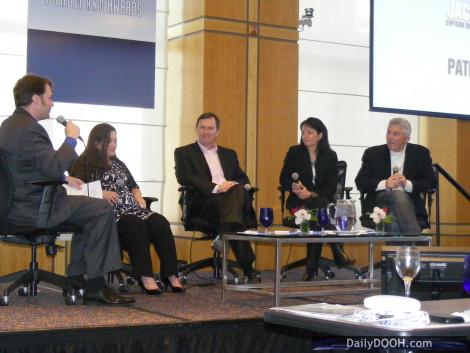 I don’t know the final audience count yet, as people kept coming in and out but I think it’s a shame that only about 75 people were in the audience for the first panel of the morning that took on topics geared to where DOOH fits on the media buyer’s list, and how agencies are set up to handle DOOH buying. (They often aren’t.) It may well vie for being my favourite panel of the day.

We’ll examine some of the key points of MediaPost’s DOOH Forum in other upcoming articles. And we’d stress one point: Put next year’s Forum on your next year’s ‘Don’t Miss It’ list.

This entry was posted on Sunday, April 17th, 2011 at 18:02 @793 and is filed under DailyDOOH Update. You can follow any responses to this entry through the RSS 2.0 feed. You can leave a response, or trackback from your own site.