Another company in the hiring mode is Akoo, operating the largest social television marketing networks in the U.S., reaching 90 million consumers each month.

We had a great talk with Andy Stankiewicz, executive vice-president, chief communications officer, a couple of weeks ago in San Francisco, on the state of the industry and especially about what Akoo is doing these days, including the addition of two new important hires, the fact that the company is looking for sales people, and that it is moving into bigger digs in June, why it’s doing so, and lots more. The company currently operates its networks in 185 locations, of which 162 are in malls and the remainder in universities. 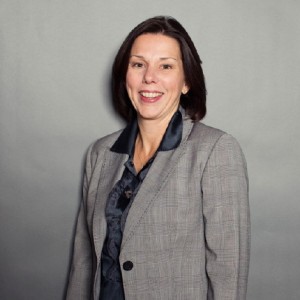 In addition, Derek Koenig has joined the company as chief marketing officer responsible for delivering strategic marketing and custom content programs that drive engagement and ROI for advertisers. Both McVeigh and Koenig report directly to President William ‘Billy’ Campbell.

McVeigh recently consulted with a broad range of media companies on traditional and digital media sales, new business development, revenue and profit growth, cross platform solutions, and strategy. She earlier was a media consultant to the president of advertising sales for Discovery Communications, where she advised the organization on major strategic sales initiatives.

“Elise is one of the top advertising sales executives that I’ve had the pleasure of working with during my career,” says Campbell. “She’s an all-star addition to the Akoo team and very quickly will become an essential resource for advertisers seeking engagement and measurable ROI in our space.” 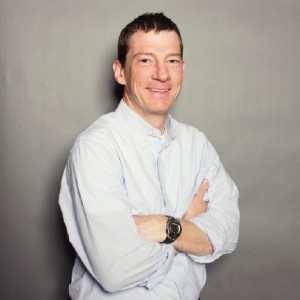 Before joining Akoo, Koenig consulted with top consumer brands, such as Nike and Sony, on their strategic marketing and advertising programs. Prior, Koenig was chief marketing officer for Vail Resorts, where he led a team of more than 200 professionals in corporate and branding initiatives, resulting in record guest visits during his tenure. Prior to joining Vail Resorts, Koenig was senior vice-president at Discovery Networks. There, he led marketing and creative for several Discovery channels, including TLC where he helped reverse a two-year ratings decline into 18 months of growth, increasing revenues by more than $50 million during that period. Koenig also held marketing leadership posts at AOL, Discover Card and Sony Corporation. He began his career at ad agency Leo Burnett, working on P&G, McDonald’s and Altoids.

“Derek’s proven innovative thinking and leadership will help take our platform to the next level by amplifying our Akoo brand experience for our advertising partners,” says Campbell.

“Akoo represents the perfect storm of television, mobile, social and retail engagement that is truly break-through in the entire marketing space,” says Koenig. “It will be great fun working with advertisers to bring their brands to life with our massive footprint and proprietary technology. The sky is the limit.”

Stankiewicz says that the company is also looking for sales people to join the Akoo team in New York, Chicago and Los Angeles.

But beyond that, we were most interested to learn that Akoo will be moving to a brand new 25,000 sq, ft. facility in mid-June. To be located at 5600 N. River Road in Rosemont, Illinois, on the 9th floor of the commercial building near the O’Hare International Airport, the facility will incorporate Akoo’s own production facilities, allowing the company to offer exclusive content unavailable elsewhere.

A lot of artists from the music companies where Akoo has contracts with all four majors are already getting involved. Akoo holds the rights to all the music videos. And the company will be or get further involved in mobile interactivity of all sorts, including for TV, games and entertainment of all sorts.

“To that end, we’re also looking for partnering opportunities in Australia and in China,” says Stankiewicz. “And we want to expand with music, couponing, 3D. Right now we’re introducing ways that people can interact with status updates and what’s going on where they are, a real two-way engagement. The interaction of mobile, social and location with digital out-of-home is key, and agencies are looking for that ‘Show me.’”

While Akoo is a private company reluctant to share numbers, the company claims a 300% growth in advertising revenue in 2010 over 2009.

Stankiewicz, formerly EVP, chief marketing officer, got his own new title of a few weeks ago, becoming, EVP, chief communicationsofficer, working with the office of the CEO, Niko Drakoulis.

This entry was posted on Tuesday, May 10th, 2011 at 10:04 @461 and is filed under DailyDOOH Update. You can follow any responses to this entry through the RSS 2.0 feed. You can leave a response, or trackback from your own site.