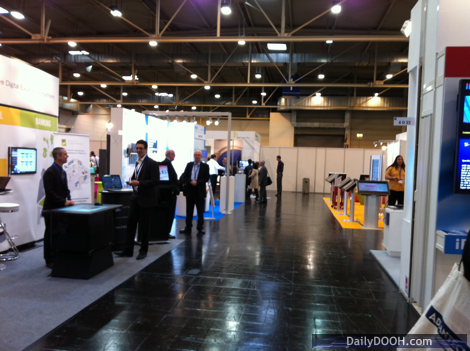 Our spy at the show told us via satellite link “It reminded me a lot of the CETW show, with a lot of kiosk folks. Not as empty as I had anticipated, but still pretty small”.

Stephanie Pratt may have done a good job with organising some of the speaking bits (as she usually does) as audiences at the talks were a decent 20-30 attendees we were told.

This event which moved dates quite late on to be this week is rumoured to be moving to Berlin in 2012. As we said before let’s hope they tone down the rhetoric and bill the show as it is; namely a German Kiosk show.

This entry was posted on Wednesday, May 25th, 2011 at 07:59 @374 and is filed under Scuttlebut. You can follow any responses to this entry through the RSS 2.0 feed. You can leave a response, or trackback from your own site.