Mood Media Corporation (TSX:MM/ LSE AIM:MM) finally got round to announcing the fact that Michael Garreffa joined them as its Managing Director in the UK (we told you that last week of course). 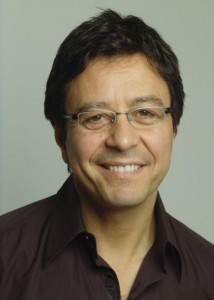 In the official press release issued today we are told that he will be reporting to Claude Nahon, President of Mood Media Europe.

Mr Garreffa also has over ten years of experience at Viacom, whose leading brands include MTV Networks, VH1, Nickelodeon, TMF, Viva, Paramount Pictures and DreamWorks. His most recent role within the company was Vice President of International Entertainment Business where he achieved consistent sales growth from Hollywood studios in a particularly challenging international environment.

Claude Nahon said: “We are delighted that Michael is joining our UK operations, helping to strengthen Mood Media’s position in the UK market.

Mr Garreffa has a degree in Economics and Industrial Relations from McGill University in Montreal, Canada.

This entry was posted on Wednesday, May 25th, 2011 at 10:53 @495 and is filed under Scuttlebut. You can follow any responses to this entry through the RSS 2.0 feed. You can leave a response, or trackback from your own site.