Banks are not doing enough to make their branches welcoming and are failing to effectively inform their customers of products and services, according to a study released today by in-store media specialist, Mood Media Corporation (TSX:MM/ LSE AIM:MM). In a separate announcement from the Cotterill Research Institute it was announced that bears crap in the woods and the Pope is indeed Catholic. 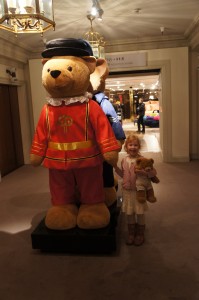 The online study compiled by YouGov† revealed only 9% of bank customers like the ‘ambiance’ in their branch. The most frequently cited complaint amongst adults against branches was long queues, which made up over a quarter of all complaints at 28% of all respondents’ complaints††.

Less than half of all customers at 44% feel their bank effectively promotes additional services to them when they visit their branches, which means the vast majority are not getting the advice they require and, in turn, banks are missing out on the opportunity to cross-sell their products.

The effect is the majority of adults surveyed at 63% prefer to bank online than in branches, according to the online study.

Claude Nahon, President of Mood Media Europe, said “Banks are losing out on a valuable opportunity by not doing more to keep their customers in branches. Face-to-face advice leads to greater customer satisfaction and the bank also profits from selling them the products that they need”

Claude continued “Key to this is helping financial institutions to throw off their tired image and stop the flow of customers away from the High Street to the internet. In fact the best solution is to communicate across the branch network and online, ensuring the messages complement one another. This is more important than ever given the current economic climate and banks’ low customer satisfaction rates. Banks used to be an integral part of the community and they can be again.”

Mood Media works with Dutch bank ING to promote their services in-branch, reduce perceived waiting times while queuing through in-store media and to train staff pre and post opening hours via the screen network. An initial pilot of the communications strategy promoted car insurance product on the digital screens in-store. As a result, sales of the product increased by 42% over a 15-week period. Mood Media also installed interactive touch-points in branches, to inform and educate customers in a fun and unobtrusive way.

Music can also play an important role in the retail banking industry: playing the right type of audio in branches not only relaxes customers but masks confidential conversations between customers and staff.

Lorne Abony, CEO of Mood Media Corporation, said “The need for banks to be seen as welcoming is more important than ever. Our clients are ahead of the curve and are showing how the financial world needs to do more to reconnect with their customers.”

There is very little new in this report although it’s always good to see positive messages being reinforced. The Mood Media announcement is aimed squarely at promoting its pilot with ING in the Netherlands – Scala of course run the network in Rabobank in that country which is by far the largest in-store bank network in Europe.

Immedia PLC in the UK who do a great job with live presenter led radio streamed into HSBC and Lloyds banks will tell you the same thing that music works and creates a better ambience in a bank.

The pioneers in the retail bank space used to be of course John Ryan and their research and analytics were second to none. Pretty much they came to the same conclusions but as we said before great to repeat this.

†.All figures, unless otherwise stated, are from YouGov Plc. The survey sample size was 2,049, with fieldwork undertaken between 29th – 31st March 2011. The surveys were carried out online. The figures have been weighted and are representative of all GB adults (aged 18+).

This entry was posted on Friday, June 3rd, 2011 at 02:45 @156 and is filed under DailyDOOH Update. You can follow any responses to this entry through the RSS 2.0 feed. You can leave a response, or trackback from your own site.