Christie MicroTiles had further recognition at #mwl2011 this week having been nominated for a POPAI award for the work carried out together with Mood Media at the New Look store in Dublin [1] last year. 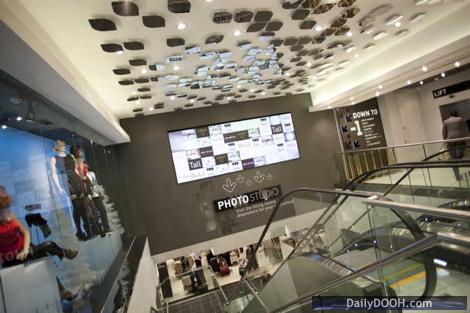 As you can see from the picture above the New Look store boosts an impressive MicroTiles video wall above the escalators.

POPAI told us “Mood Media Corporation’s visual media team has developed animated content to broadcast through MicroTiles to promote the breadth of New Look’s product range and compel shoppers to go downstairs, where New Look has one of the largest and most visually appealing store areas in the shopping centre”.