Last week, DailyDOOH posted a fun little article [1] asking a rather interesting question: Who are the most dangerous people in our industry? Dozens of commenters (mostly anonymous) proffered suggestions, naming well-known consultants, CEOs and hangers-on who love to see their names in print. 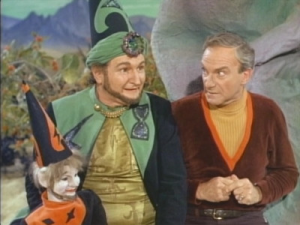 The comments were fun to read and made me laugh out loud more than once, but by the time I had read them all through, I realized that DailyDOOH honcho-in-chief Adrian Cotterill had actually asked a pretty serious question. You see, “who’s the most dangerous” isn’t the same as “who’s the most annoying” – even though that’s how most of the commenters interpreted it.

The dangerous ones, instead, are those who could inflict serious damage on the industry and restrict its growth. In fact, they tend to be some of the most successful managers of some of the biggest companies in our sector.

While chatting with Adrian about a week after the post surfaced, I lamented that while some of the people mentioned in the comment thread could be pretty irritating, none really had the ability to bring considerable damage to the industry, and hence qualify as “dangerous.” To do that, I suggested, you’d have to talk a big game, go out and make a go of it, and then get shot down hard enough that nobody with money would want to touch the industry after that. Digital signage technology is so pervasive these days (heck, we’ve seen screens mounted on everything from automatic defibrillators to milkshake machines) that it’s unlikely that anything could take the whole industry down. However, the highest-visibility sector – digital, out-of-home advertising networks – is still pretty fragile, so I focused my attention there.

My comment to Adrian (which he then anonymously posted on my behalf [3] since I’m generally too lazy and/or forgetful to do it myself) was that if we had a few more high-profile failures of DOOH networks, it could reset that side of the industry again by driving away potential investors and entrepreneurs. My argument looks something like this:

The bigger they are…

I propose that Garry McGuire (CEO of RMG Networks) and Richard Fisher (CEO of PRN) are hands down the two most dangerous men in the industry, at least from a US perspective. Are they inept? Nope. Have they been leading the industry in the wrong direction? Hardly. Are they downright evil? I doubt it. But they do represent two of the biggest and most visible digital out-of-home advertising networks in the country. And when business analysts and Madison Avenue have questions about our quirky little industry, they’ll be the men who get asked those questions, and whose answers will carry the most weight.

So consider what would happen if one or both of these companies were to founder. PRN has been a stalwart of the digital signage community for… well, basically forever. They’ve gone from being a minion of Walmart (who at one point accounted for something like 90% of their revenues) to today’s more diversified company with a larger and more comprehensive suite of offerings. While I doubt they’re throwing off as much cash as parent company Technicolor would like, they’re a good team of smart people with a good business model, and we more or less expect them to do the right thing when it comes to digital signage. If they were to suddenly change direction, go into receivership or experience some other life-altering event, I’d be pretty worried for other DOOH networks.

RMG is in a similar position. With a pedigreed CEO and VC money from some of the darlings of Silicon Valley, RMG has made no secret of their intent to become the premier supplier of DOOH inventory in the US. Add in a big line of credit and plans for an IPO, and the firm ought to be able to back up their big talk with big actions. While they don’t have the same track record as PRN, their resources and growth so far are such that any serious missteps would almost certainly make other DOOH network owners pause and consider their growth options.

Who will be the next NGN?

Over a decade ago, Next Generation Network became the poster child for how not to run a digital signage network. Having raised nearly $100M in private equity financing, they deployed thousands of screens across the United States, only to find that they had no way to monetize them. In hindsight, their lack of a suitable ad sales model and ridiculous capex requirements is obvious. But at the time, people were astonished to find them disappear just scant months before preparing an IPO filing. Their high-profile exit slapped a giant “DO NOT TOUCH” sign on ad-funded digital signage networks everywhere. This hindered the growth of companies like RMS Networks and the early PRN (which I think was called Pics Retail Networks), and surely prevented the formation of other startups that would have shared a similar vision (for better or worse).

Long story short, there are only a handful of DOOH companies that big businesses bother to pay attention to. If these guys can’t prove out the model, it’s going to hurt short-term investments in other DOOH companies and make expansion and exit more difficult — even for those companies who are successful in their own niches. Unfortunately, the reverse isn’t necessarily true. The ongoing success of a company like PRN or RMG probably won’t translate to increased access to funds or improved growth prospects for other advertising-based networks. So for the small guys (and that’s virtually EVERYONE aside from the top 10 or 20 DOOH networks), there’s little to gain, but much to lose.

I’ll say it again. If you count these two as the biggest and most dangerous from a too big to fail perspective for this industry, you are simply not talking about an industry. At about $100MM in revenue between the too of them, they stand well in the shadow of the largest in other, younger mediums. NCM and Screenvision together are far larger than these two. My guess is if you put the revenue booked through the aggregators it would be larger than these two.

I simply saying that this shark has been jumped. My guess is that you won’t see them flame out in any way. Their growth will be “mature”. But the froth has moved elsewhere, so there is no danger here based on the framework you propose. In other words you would need to be able to hurt something if you are dangerous. This industry can’t be hurt because the engagement and investors have moved elsewhere. It’s fine for the hardware and software folks. There will still be new DOOH platforms built. But from the standpoint of advertising supported networks, I would pose that the danger of the these guys (certainly in the case of PRN) is not thinking big enough.

Yes, the digital signage industry (and DOOH in particular) is anemic compared to other industries, including some younger. But it still accounts for billions of dollars (with a “B”) of turnover and has directly or indirectly accounted for the creation of tens of thousands of jobs. I’d like to hear your definition of an “industry” if that doesn’t suffice.

As for having jumped the shark, you might be right. But if you’re so disinterested in the growth of the DOOH industry, why do you keep wasting your time commenting on a DOOH-specific blog?

Mr. Gerba makes a number of moot points. The classification of annoying or dangerous depends on what role you play in the marketplace and the experiences of certain individuals or their entities on your organisation or person. Annoying people can become dangerous unless identified, diagnosed and treated in many instances. Then we need to look at the geography the commentator is mentioning. In Bills case, it seems that he is commenting on the USA, whilst the readership is I believe much broader and even extends to EMEA and APAC. Are we talking about digital signage software, hardware, content, infrastructure or a pure DOOH element? The industry has many sharks in salmon skin, some man eaters, others plankton feeders, a few opportunists that are omniverous and some that in all sincerity that are lower than shark excrement. At the end of the day all companies are ultimately measured on profit and loss irrespective of what we express as opinions or what the sharks may feed on.

Yes, Bill you’re right. Digital Signage is an industry along with many other comparatively smaller and larger ones. I apologize. Thanks for acknowledging that growth is anemic and that there are two distinct segments. DOOH advertising is impressively anemic especially looking at the growth of mobile just in the last year which has a few “B’s” already not just 1. The hardware and software portion is the true “industry”. Your most dangerous men have little to do with that industry and will not create many of the 1000’s of jobs you mention. The screens I see everywhere (many not ad supported) I go are driving a good amount of that. PRN and RMG will not drive more than a very small percentage of that growth.

As for wasting my time – wasn’t your post meant to do just that. The subject posted in scuttlebutt no less was meant to titillate not educate. Titillation is meant to waste time. Adrian’s masthead notwithstanding, I see a good number of posts on mobile and digital networks like JiWire. So to call this a purely DOOH blog does it a disservice. I spent over a decade helping in a small part to build DOOH. Your post is just the kind of navel gazing that keeps this “industry” myopically small.

Aristotle’s comment is a laugh, if only because it unwittingly belies an ignorance with the phrase ‘jump the shark’, and by logical extension, the US advertising media industry. Perhaps wikipedia, Potsie?

Agree with CO, Bill states a focus on ad-supported DOOH networks, then oddly switches scopes to defend the broader signage industry of players, software and screens.

Still, Macguire and RMG is a good pick to bellwether the ad-supported sector, given the outlandishly aggressive marketing talk and anemic strategic walk. The notion that they and PRN generate US $100 million in advertising revenues is completely ridiculous. Smart people know that RMG isn’t a fraction of that number, even before those hefty percentages to the venues.

So the jump the shark reference is interesting: Has the ad-supported DOOH model had it’s day in the sun from an advertiser and a new investor perspective? Will the companies with some traction find they are stewarding a low-ceiling OOH media tactic, that has been supplanted in the eyes of marketing and advertising decision-makers by shinier objects within the mobile sector amongst others..?

After reading all these replies, it still makes me wonder what the attraction is with dooh!!!! I have been in this industry for over 10 years, selling digital advertising on post offices, hospitals, mall tv, forecourt, surgeries, etc and still the cost of sale doesn’t add up regardless of who and how much we sell it for. Also, speaking to previous customers, they had no response, so let’s think a bit differently if you want dooh to work!!!! gCan anyone remember the phone number of the beauty salon you saw advertised in the post office……NO… So perhaps think about ……..??????

Arthur is correct, I never came across the expression of ‘ jumping the shark before’ and there is no use of Wikipedia for my earlier comments. But then I come from the world of DS software albeit not based in the USA, marketing products and complex solutions to retail, corporate, govt, education and transportation partners globally. I must brush up on my use of the English language in the new world before I arrive there next week. Meanwhile I will watch out for the sharks!