A new survey of strategic media planners reveals a dramatic increase in their intention to include digital place-based media in ad plans, with nearly 44% saying they will accomplish this by shifting some television dollars to digital place-based. 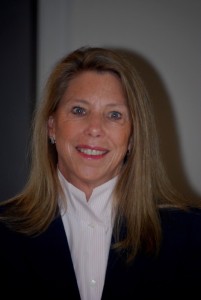 The survey was conducted online from May 6-June 6/11 by the Digital Place-based Advertising Association [2] among nearly 1,000 strategic media planners from across the U.S..

Planners were asked: “When considering digital place-based networks for inclusion in your media plan(s), from which existing media would you fund the ad dollars?”

Respondents were asked to check all that apply from a list of options. The top four most frequently cited were:

“Revenue growth for the digital place-based industry was 24.5% in 2010 over the previous year, and this new survey points toward a continuation of this strong growth in the coming years,” says Susan Danaher, president of the DPAA.

“It is particularly interesting that almost 20% of the media planners state that digital place-based media is included in their media plans by virtue of a ‘zero-based approach.’ What that says to me is that the sector is making great progress by being included in the very initial consideration set of media forms, and valued for enabling clients’ messages to be at the right place, at the right time.”

Danaher says that planning strategies and case studies will be featured prominently in the DPAA’s 4th annual Digital Media Summit, to be held Oct. 19 at the Marriott Marquis in New York.

Founded in 2007, the DPAA represents leading digital placed-based networks and the advertising community that is actively engaged in planning, buying and evaluating the effectiveness of the medium.