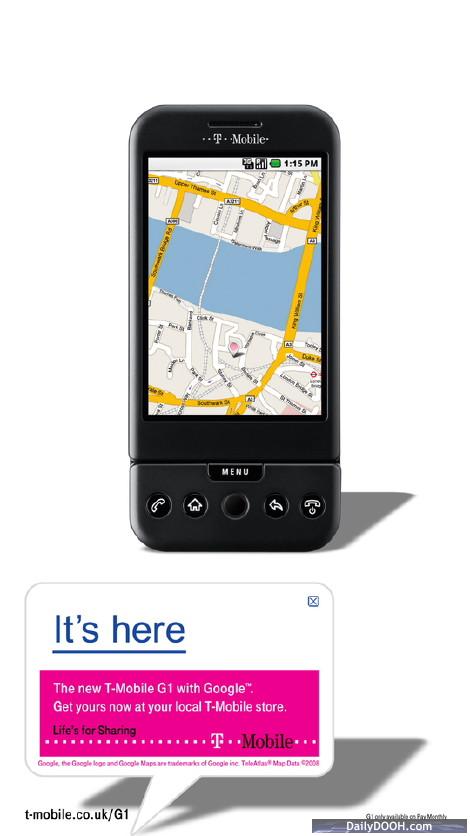 T-Mobile’s campaign for their G1 Google phone broke today across London Underground screens, digital 6-sheets and on LCD screens at the brand new Westfield Shopping Centre (which we will be covering a little bit later in the week).

Here we see some very nice creative from Grand Visual [1]

The digital outdoor activity complements a broader outdoor campaign, in addition to national press and online, all planned and bought by MediaCom.