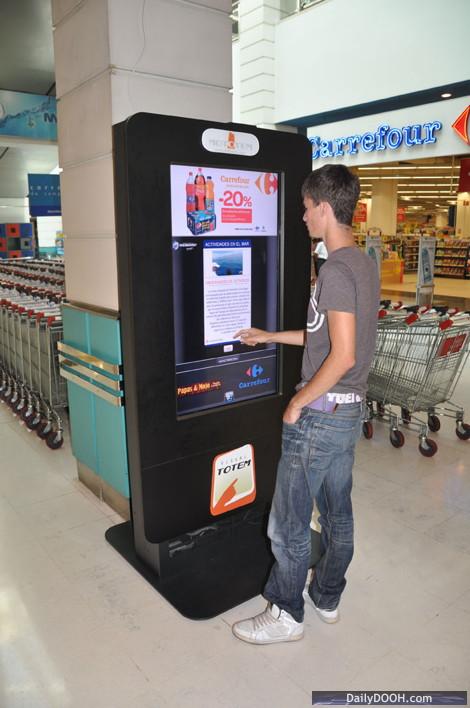 The totem, the first of its kind in the community, offers built-in audience measurement using Trumedia. In the first two weeks of operation we are told that it measured more than 6.000 digital impacts

Antonio Condes, comercial director of DS Digital Screens, the company responsible for developing the project with MDI Totem from Tenerife, explained that it was “a system which combines the functionality of a kiosk service with advertising content but also differs from other solutions in that it can integrate audience measurement systems from Trumedia”.

More totems are likely to be installed in the coming months, the next one being in the Plaza del Duque mall, also in Tenerife.

This entry was posted on Thursday, July 7th, 2011 at 00:40 @069 and is filed under Scuttlebut. You can follow any responses to this entry through the RSS 2.0 feed. You can leave a response, or trackback from your own site.