Day two in Monte Carlo at the Social Media Marketing and iCommerce Summit 2011 started with many a hangover one suspects but still 900 folks managed to drag themselves out of bed (or the nightclub) into the main auditorium to listen to Tim Campos, CIO Facebook explain ‘Why you really should ‘like’ Facebook’. 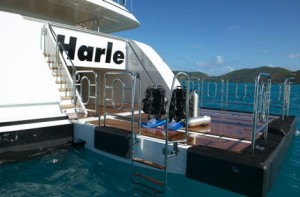 We then had two Customer iCommerce Case Studies one from the fashion chain Guess and one from some manufacturer of something that makes your eyelashes grow.

Prof. Peter Gentsch, Chief Analyst & Scientist, Business Intelligence Group, told us “How to implement a social media strategy” which was a thorough look at everything you’d need to do and was well received by the audience eager to learn.

The highlight of the day though was Don Peppers, Peppers & Rogers ‘How to convert Fans into “Superfans” and why you should‘ and we could have listened to him for hours. Don even took on board previous day’s comments on the US centric nature of some talks and tailored his presentation a lot more around Europe. Simply outstanding.

A number of MicroStrategy employees spent the afternoon explaining retail and hospitality and how social media would / could help. All I’d say is that they have a lot to learn about the real world.

The whole conference was very good and well worth the money. It was far too Facebook based though – FaceBook was seen as the answer to everything, perhaps because the organisers had just released a couple of Facebook gateways and apps? That was a shame. Without the speakers Don Peppers and Brian Solis the conference would not have been half as great and as good value as it was.

The next #smics2011 will be in NYC in early October and with a bit of tweaking, and less Facebook focus would be well worth attending.

This entry was posted on Wednesday, July 13th, 2011 at 14:42 @654 and is filed under DailyDOOH Update. You can follow any responses to this entry through the RSS 2.0 feed. You can leave a response, or trackback from your own site.