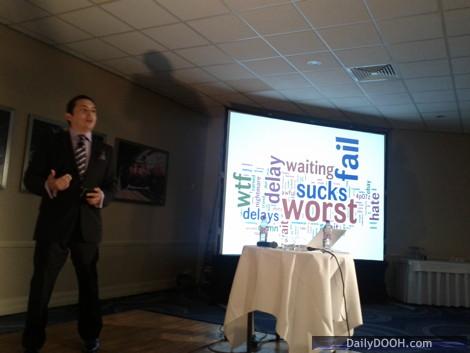 The words on the screen behind him is a ‘word cloud’ gathered on various social networks describing an airline (that he politely would not name).

Brian Solis is principal at Altimeter Group, a research-based advisory firm. Solis is globally recognized as one of the most prominent thought leaders and published authors in new media. A digital analyst, sociologist, and futurist, Solis has studied and influenced the effects of emerging media on business, marketing, publishing, and culture. His current book, Engage, is regarded as the industry reference guide for businesses to build and measure success in the social web.

This entry was posted on Tuesday, July 12th, 2011 at 14:13 @634 and is filed under Scuttlebut. You can follow any responses to this entry through the RSS 2.0 feed. You can leave a response, or trackback from your own site.