Mobile Devices Are Lovers In Your Pocket

We were recently provided with information from a BBDO-Microsoft advertising study that looked at reaching consumers through understanding their emotional connections to various devices. 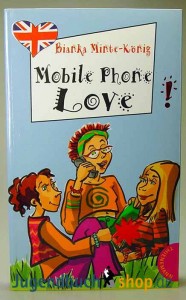 At the core of the study are consumers and their relationships with screens. These are not impersonal devices but rather, personifications of their users: caring, loving, normal.

Originally released last month doing the 8th Cannes Lions International Festival of Creativity in Cannes – which we doubt was attended by most of our readers – the global study’s aim was to help marketers find ‘the next billion consumers’ by exploring consumers’ emotional connections with television, PC, and mobile device screens.

Unlike other digital advertising multi-screen research that is driven by measurement, this study took a different approach, aimed at understanding what’s going on in people’s ‘psyches’ and how they emotionally connect and interact with each screen on a personal level. It applied Jung archetypes to help put personalities to each device.

The study presents a picture of similarities and differences – across geographies, ages, demographics and screens – that provide advertising ideas and suggestions, which can help lead to more compelling and relevant brand messages.

Among the conclusions drawn from this study:

Marc Bresseel, vice president, global marketing for Microsoft Advertising, says, “This research brings to life how consumers relate to the devices they use every day in ways that are easy to understand by marketers and especially creatives, thereby allowing them to adjust messages accordingly. There’s empirical evidence that when a consumer is more receptive to a message, that message will be far more effective.”

Based on findings from this study, BBDO and Microsoft have numerous recommendations for each medium, but for our readers, we were most interested in the mobile sector.

The companies recommended that, for mobile messages to be effective, they must recognize the personal nature of this medium.

What works on television or other screens will not necessarily work on mobile devices. Messages must be highly relevant, meaningful and useful. They also have to be intimate, surprising, unobtrusive, help the user fit in and belong.

And for advertisers, the format of the advertising for tablets needs to reflect which ‘hat’ the tablet is wearing.

“Archetypes will continue to evolve as devices become more sophisticated, and audiences grow older, younger or more mature,” says Simon Bond, chief marketing officer for BBDO North America and co-presenter of the research at Cannes. “What’s important is to know how people are interacting with these screens now, rather than five years from now. While some marketers may have mastered individual screens, no one has mastered them all.

“Therefore, when advertising is optimized for these screens, it could have the potential to attract ‘the next billion customers’, especially when you look at places like India where there are more than 100 million PC users or in China where there are three times as many mobile users.”

In other words, there’s the potential to attract one billion new customers by getting the content right across all four screens.

This entry was posted on Friday, July 29th, 2011 at 06:00 @292 and is filed under DailyDOOH Update. You can follow any responses to this entry through the RSS 2.0 feed. You can leave a response, or trackback from your own site.