London To Amsterdam in 24 Hours

Hats off to Harris Systems Limited’s International Marketing Director Ciarán Doran who will be leading a group of ten cyclists to ride from the headquarters of the International Broadcasting Convention in central London to the IBC show in Amsterdam (approximately 300 miles). 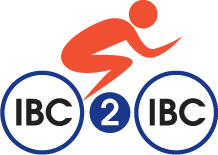 There are a few things that get in the way, such as the Dover-Calais ferry and some waterways in the Netherlands but all riders are, we are told, well trained ready to reach an average speed on the bike of 20 miles per hour (32km/h).

The ride is in aid of an incredibly good cause (and one personally close to my heart), namely Vision Charity which raises funds for the benefit of Blind and Visually Impaired children in the United Kingdom.

You can sponsor the team by clicking here.

This entry was posted on Tuesday, August 30th, 2011 at 19:12 @841 and is filed under DailyDOOH Update. You can follow any responses to this entry through the RSS 2.0 feed. You can leave a response, or trackback from your own site.