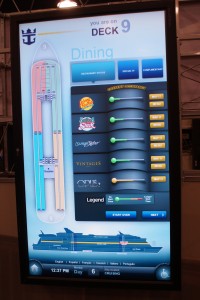 Robert Koolen [6] who we reported back in March 2011 [7] had been working for Four Winds Interactive with a special focus on ‘international’ has now also been appointed as President of FWi’s international operation.

Robert told us, “I’m thrilled to have joined FWi at this period in time. We’ve seen sales growth of 482% over the past three years, and our international expansion efforts can piggyback the successful foundation that FWi has built in the U.S. We’ll be looking to work closely with partners while continuing to support and learn from our customers, as has been our model in the U.S.”

We have been incredibly impressed by what we have seen of FWi in North America [8] and there’s definitely a gap in Europe with what they offer. Done correctly in the vertical sectors they focus on, they could make a huge impact and for sure make lots of money but personally we don’t think that either of these hires is the best way to go about that.

From what we heard, Robert was a great consultant to Scala but not such a good operations / management / employee sort-of-guy. Paul Farrow has had more jobs than we’ve had hot dinners.

US companies need to realise when recruiting folks for expansion into Europe that they are mad to recruit Brits who speak only one language when they could have any continental European who will speak two or three.

The UK itself (sad to say as I live there) is not the best place to base your people either if you are serious about Europe as a whole.

What FWi needed to do was recruit a multilingual person with casino, hospitality or general leisure industry experience. We figured that David Levin, President, Four Winds Interactive was smarter than this.

Welcome guys… Company that can certainly put some value onto the screens!