Bob Pittman, who joined Clear Channel in Nov./10 as an investor and the company’s chairman of media and entertainment platforms, has been named CEO of CC Media Holdings Inc. a leading global media, digital and entertainment company. 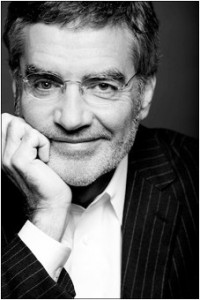 In his new role, Pittman will oversee the company’s businesses, which include:

Pittman will also remain a founding member of Pilot Group LLC, a New York-based private investment firm. He has been CEO of MTV Networks, AOL Networks, Six Flags Theme Parks, Quantum Media, Century 21 Real Estate, and Time Warner Enterprises. He was also COO of America Online Inc. and AOL Time Warner. Pittman, who began his career at age 15, is the former chairman of the Robin Hood Foundation and the Public Theater of New York, and still serves on those boards, in addition to several others.

“Pittman has already generated a renewed sense of confidence and direction not only at Clear Channel, but across the entire radio and media landscape,” said Scott Sperling, co-president of THL Partners.

“Pittman is the perfect fit to lead this incredibly powerful media platform,” says John Connaughton, managing director of Bain Capital. “He embraces creativity, and has given employees the motivation and freedom to innovate, take risks and succeed. He thinks big, is not afraid of change and is intensely focused on driving new businesses, expanding our creative talent and maximizing the full value of Clear Channel’s extraordinary assets, ideas and people.”

This entry was posted on Thursday, October 6th, 2011 at 09:58 @457 and is filed under DailyDOOH Update. You can follow any responses to this entry through the RSS 2.0 feed. You can leave a response, or trackback from your own site.