When Dave Courtney, CEO of JiWire, takes over the mike at the Strategy Institute’s Digital Investor Conference Oct. 17 in New York, he’ll be focused directly on his panel’s topic: The Stories Behind The Million-Dollar Funding Deals. 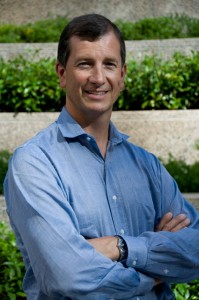 “I’ll be talking first about our company and our new products that the investors found interesting, such as our new Compass ad platform that turns ads into mobile apps, and the expanding scale of our venues, as well as the huge increase in the use of mobile devices,” says Courtney.

“Then I’ll get into our success in raising $20 million last May that we’re using for expansion – we moved into Europe in the past year and recently appointed a new general manager for Europe – hiring additional staff and investing in our offerings.”

Courtney will be on a panel with Paul Rawlings, founder and CEO of ScreenReach Interactive, U.K., and Ajay Chowdhury, CEO, ComQi.

Now, who doesn’t want to hear a panel about money!!

This entry was posted on Thursday, October 13th, 2011 at 09:03 @419 and is filed under DailyDOOH Update. You can follow any responses to this entry through the RSS 2.0 feed. You can leave a response, or trackback from your own site.