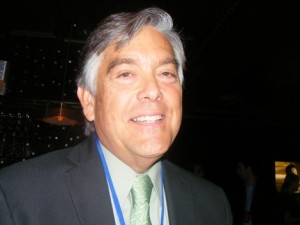 The partnership will see Holovision kiosks placed in Rite Aid pharmacies across the U.S., and holograph screens in Circle K convenience stores.

The Holovision 3D Rite Aid kiosks will greet customers at the store entrance with a ‘Check In’ opportunity – and they’ll represent PRN’s first interactive offering. Consumers will have access to all sorts of information and promotions – from coupons and rewards to product samples. There are approximately 5,000 Rite Aid locations and PRN hopes to see the Holovision kiosks rolled out in 2,000 of them in the next 12 months.

There are about 5,000 Circle K locations and the 3D screens will be installed initially in about 540 stores.

Separate from the ProVision deal, as a channel expansion, there wil be additional screens placed in Costco outlets, with whom PRN already has a relationship. The new screens, going into Costco stores nationally, will be in addition to existing screens already located in the chain’s 425 stores.

PRN is also planning expansion of its screens in alliance with indoorDIRECT.

PRN management says that it reaches approximately 50% of all digital place-based media. It says that consumers spend $4.5 billion in its locations on a weekly basis.

This entry was posted on Wednesday, October 19th, 2011 at 05:26 @268 and is filed under DailyDOOH Update. You can follow any responses to this entry through the RSS 2.0 feed. You can leave a response, or trackback from your own site.