Other than the GO Trains, Pattison Outdoor Advertising now handles almost all the advertising on transit in the Greater Toronto Area, Canada’s largest city and suburbs, after taking over ad sales for the Toronto Transit Commission Nov. 1 from CBS Outdoor. 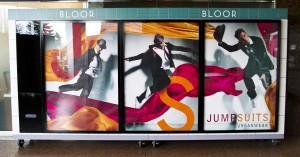 Pattison and OneStop Media Group, which Pattison acquired last March, are holding a ‘City in Transit’ launch event today, Nov. 1/11, to celebrate the beginning of their 12 year partnership with the TTC, a deal expected to be worth $324 million over the 12 year span. The evening will include life-sized examples of the new station advertising poster frames and the Onestop digital screens currently available on station platforms. 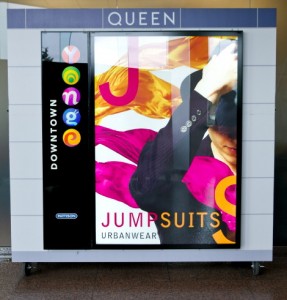 “The Canadian market place is evolving and changing quickly and Pattison Outdoor has positioned itself to move with the market and provide new offerings, such as a strong transit network, to help make our clients successful.” says Bob Leroux, vice-president general manager, Pattison Outdoor.

While the metro stations all have digital screens, most of the TTC advertising is largely print, but we’re told that plans are underway to gradually change much of the print to digital over the next few years.

This entry was posted on Tuesday, November 1st, 2011 at 10:00 @458 and is filed under Scuttlebut. You can follow any responses to this entry through the RSS 2.0 feed. You can leave a response, or trackback from your own site.