My 12 Months At Signagelive

I’ve been working at signagelive for just over a year now, and what a year it has been. Having previously worked as the Training Manager for NVest I was used to seeing signagelive and other digital signage installations after they were installed and looking all shiny and new. 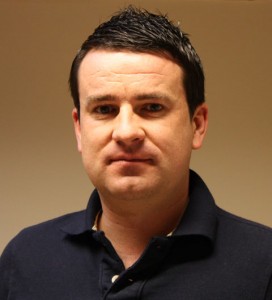 I have to say that my first few months were a real learning curve as not only did I have to learn the ins and outs of signagelive but I also had a lot to learn about the hardware that goes into making up a ‘digital signage network’.

SMIL, Distribution systems, IPTV Networks and Multi Head Graphics cards were all new to me – for sure I knew of them but how they brought a solution all together was a real eye opener. The days are now well and truly gone where I thought any old media player was capable of playing back media.

The one question I get asked on a daily basis is “I have a customer that wants a digital signage network, can I use x and y media player?”

What I have learnt is that the question you should be asking me is “I’ve got a customer that wants to display A, B and C and this is how hard they are pushing the media player. What do you recommend?”

I have been amazed at the work our development team carry out in optimising media players for signagelive playback. A great example of this is the work they have done optimising the playback on media players that have an ION chipset such as the Advantech ARK DS520. On this particular player alone we have had seven 720P videos running simultaneously within a layout using less than 45% of the GPU.

I have quickly learnt that the channel and end users don’t want to be bombarded with different components that they need to make up their digital signage network. I’ve seen it so many times when I have been in to meet end users after another manufacturer and they have asked does your price include x. y and z?

We get a lot of media players in the office where people have said they are unhappy with their current solution and can we utilise (i.e. re-use) the existing hardware. It’s quite scary at times how under-powered and future proofed some of these players actually are.

We have worked very hard, not only with our partners that manufacture the players, but also the screen manufacturers to put a series of bundles together that the reseller can then use to go to the end user and be able to say “Ok, so you want an internal communications network, this is what we recommend and this is the price”

That’s not to say then “Ok you will need to order this part from here, this one from these guys” and 20 components later here is your price.

Staying with the channel for a moment, I have often wondered how many opportunities a reseller loses because they only offer one signage solution. As much as we all think the software that we offer is the perfect fit for all, the reality is often isn’t.

It doesn’t cost anything to offer signagelive as another option (we certainly don’t charge you an extortionate amount just for the privilege of selling signagelive). Where a licensed (or on-premise solution) doesn’t fit is it not wise to offer a cloud based solution?

One thing that still surprises me is how certain manufacturers snipe at other manufacturers’ products. I’ve never seen these manufacturers present, but I know how their pitch goes. Not once have I had to mention the downfalls of another signage product to win business.

I was with a reseller recently; we were discussing the other products in the market. He was with another manufacture where unprompted the owner of this digital signage company made a point of talking about signagelive by saying “Oh yeah if signagelive loses its internet connection your screen will go black; you don’t want that do you?”

What this tells me is two things;

We have also had the odd occasion where resellers have used other digital signage software for a couple projects as the manufacturer promised the earth to win the business, only to find 6 months down the line the said manufacturer could not deliver on their promises and the software hasn’t been up to scratch so they are now back to using signagelive.

The one that stands out the most for me was Medium’s Focus Forum. ISE and Screen Media Expo are great to meet our partners from across Europe; however the Focus Forum gave us some real one to one quality time with all of the partners that Medium invited.

So what about signagelive itself? Well, three months into my role we expanded the sales team bringing on Sales Engineers to better support the channel. This has been a great success.

We now have Sales Engineers for the North, Midlands and the South and we now also have a Business Development Manager for the EMEA region.

To go with the support we have on the road, we also have a fantastic support desk which is a massive plus point for resellers and end users alike. The development team have done some fantastic work in adding a whole host of new features to signagelive that in my biased opinion puts us up there as one of the top digital signage providers.

I’ve also been involved in some great projects. Being a massive sports fan the networks we have set up in sports stadiums such as Leicester Tigers RFC, Bath Rugby and Stoke City FC to name a few have been a highlight along with a network that started off as a single screen at London’s Heathrow Airport and is now in the process of expanding to their hubs across Europe and 75 locations in the USA.

And the future? Over the next 12 months we plan on expanding the Sales Engineers across Europe and the US (you can’t unlock the opportunities without a presence) and I’m looking forward to meeting more of our partners across the world and working closely with them.

I’m also looking forward to seeing how the industry is going to change with more and more people from different industries looking at digital signage as a product offering. How the different technologies will give us extra screens to deliver media too; iPads and tablets being a really interesting area.

It’s been a great 12 months and I’m now looking forward to 2012; we’ll be at #ISE2012, #ScreenmediaExpo, BETT, #dse2012 and several other vertical market shows and the big focus for the shows will be demonstrating how signagelive goes beyond digital signage and can deliver global digital media networks to mobile, tablets, kiosks and desktops in addition to Displays – all from one unified cloud based platform!

This entry was posted on Monday, November 21st, 2011 at 11:05 @503 and is filed under DailyDOOH Update. You can follow any responses to this entry through the RSS 2.0 feed. You can leave a response, or trackback from your own site.

One Response to “My 12 Months At Signagelive”