Three Is A Magic Number

Greetings readers of the DailyDOOH. My new format for weekly posts will be based on ‘the power of three’  or ‘three is a magic number’ data chunking principals. Today I start with CyberMonday Kicks Ass, GoogleMaps Moves Indoors, and QR Code shopping for the holidays. 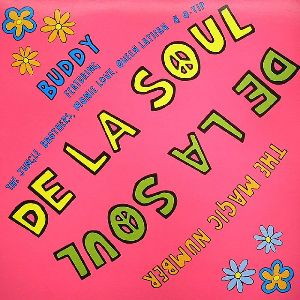 Why three? Well because people comprehend information better in chunks or series of three (or seven, plus or minus two).

Trust me, as attention spans continue to shorten thanks to information overload- you’ll thank me later 😉

The power of 3? – A relationship between mobile and Digital OOH experiences needs to be more ‘slippery’ than ‘sticky’.

The success of BlackFriday/CyberMonday, shows us that people use their mobile phones to share, search and purchase- existing in a state of constant flux- shifting between online and offline experiences when it comes to shopping.

GoogleMaps for mobile adds a new dimension to location based marketing by allowing a mobile device to guide or direct shoppers inside airports, malls, stores – and maybe even sport arenas. In all cases, shoppers slip between online and offline interaction while leveraging the convenience of in-store ‘GPS’ in their pocket.

As far as QR codes go, this technology is the slipperiest of them all, when implemented correctly it can create the perception of a seamless transition from physical to virtual modes. Although adoption rates are for QR code use are low – it’s a matter of education and ease of use when shoppers learn that scanning a code will offer immediate gratification and convenience.

This entry was posted on Tuesday, December 6th, 2011 at 08:04 @377 and is filed under DailyDOOH Update. You can follow any responses to this entry through the RSS 2.0 feed. You can leave a response, or trackback from your own site.

6 Responses to “Three Is A Magic Number”