We’ve learned that, in Puerto Rico, close to 60% of all the digital billboards are manufactured by Danville, Illinois-based Watchfire [1], which only entered the Caribbean market two years ago. 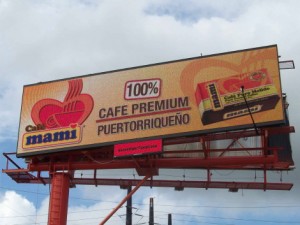 [2]The company has quickly gained support from independent billboard operators because Watchfire LED displays can withstand rugged weather conditions. It has installed digital billboards for no less that 17 independent operators in Puerto Rico.

Watchfire digital billboards are especially well suited to the harsh weather conditions that exist on the island and fared well during Hurricane Irene, which impacted Puerto Rico. None of the Watchfire billboards suffered any major damage and all were fully operational when power was returned to the island.

Along with Watchfire encapsulating its LED modules in a thick bed of silicone gel, enabling the modules to operate reliably even in the harshest conditions, Darrin Friskney, director of Watchfire Digital Outdoor says, “Watchfire boards don’t have calibration or flickering issues if power is lost. We have a fail-safe feature in which display modules will blank or clear themselves after one minute of inactivity by the controller. This means that when boards lose power due to storms, they don’t display old data once power is restored.”

Among the companies using Watchfire boards are:

Where exactly in Puerto Rico was the billboard in the picture for the article Published?