Amscreen, the UK’s largest digital media owner has signalled its intent to expand into Europe with the announcement of a significant international appointment. Winfried Karst, an executive at Out of Home specialist Kinetic in Europe, will join the company as Chief Executive Officer for Central and Eastern Europe with a remit to develop and manage network partners for Amscreen in the region. 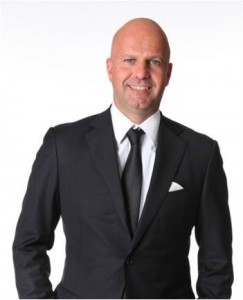 Based out of Frankfurt, Karst will report into Amscreen CEO Simon Sugar and also work closely with Deputy Chairman Tom Goddard and European Managing Director of Sales and Marketing, Chris Forrester.

Winfried Karst said “I am excited to be joining a company as dynamic and ambitious as Amscreen. What they have achieved in the UK in only three years is a shining example to the whole industry about what can be accomplished in the Digital Out of Home sector based on cutting edge technologies delivering exactly to the needs of clients’ demands. I look forward to assisting the company extend this dominance internationally.”

Simon Sugar told us “We are delighted to have someone of Winnie’s calibre join us. He was in extremely high demand across the continent and it’s testament to Amscreen’s reputation that we were able to get such a major figure to join us. This appointment further demonstrates our ambitions to continue expanding and become European leaders in DOOH, replicating our success in the UK across Europe. “

Between 2005 and 2009 Karst was involved in the establishment of Kinetic’s European Network. With responsibility for staff across the regions and managing media volumes in excess of GBP 300m Euros, Karst arrives at Amscreen with stellar credentials for his new role.

This entry was posted on Thursday, December 8th, 2011 at 08:57 @414 and is filed under DailyDOOH Update. You can follow any responses to this entry through the RSS 2.0 feed. You can leave a response, or trackback from your own site.